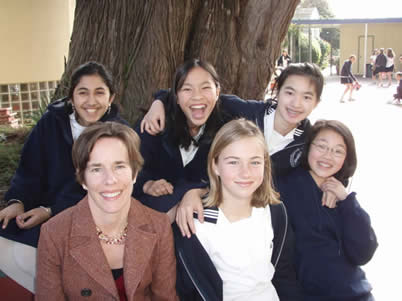 Girls are magical and powerful – we all know that. However, if they begin a pattern of abusive alcohol and other drug use during adolescence they could mute the magic and become powerless over their decisions and lives. Women who change the world are independent and clear-minded, not dependent on chemicals and full of doubt. Now that we’re settling into the new millennium, girls are more equipped than ever before to shape the future of our world. If we can create an environment that supports non-use for middle and high school age girls we will be enabling girls to reach adulthood intact. Girls who choose sobriety during adolescence are more likely to delay sexual activity, learn healthy social and coping skills, and engage in life affirming activities like sports, the arts and other intellectual pursuits.

Brenda believes that girls need to have a different conversation about substance abuse than boys. Girls tend to drink and use other drugs for different reasons than boys, which creates unique dangers for females who abuse substances and perhaps more compelling reasons to abstain while young. Brenda has developed a prevention course for an all-female audience that explores those issues specific to girls: 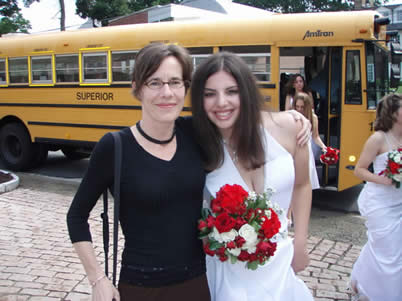 *Women and Alcohol – Girls are starting to keep up with boys, but pay a price
Women’s bodies process alcohol less effectively than men’s bodies
….Boys report drinking for thrills, girls say they drink “medicinally,” to soothe anxiety and social discomfort – this puts girls at higher risk for addiction and studies show they become addicted more quickly.
Society judges females more harshly for their behavior while drinking. Girls feel that boys are often “let off the hook” or even revered for inappropriate drunken behavior – Girls are much more likely to report feelings of shame around drinking.

*Alcohol and Sex – An unfortunate marriage
…..Girls who drink are much more likely to engage in sexual activity and thereby expose themselves to a large menu of devastating physical and emotional problems. This topic is covered very thoroughly! There is also discussion of the many benefits of postponing alcohol use AND sex – neither one of these activities is going extinct…They will both be there later when a young woman has a more complete skill set to manage these complex decisions.

*The Cigarette Trap – Smoking as weight control
…..Nicotine is an effective appetite suppressant and very attractive to girls dying to be thin.
Quitting smoking is especially challenging to women, as they tend to be more fearful of weight gain.
Men see smoking as a dirty physical habit and have more success with nicotine patches and gums – women feel their smoking is more psychologically rooted and struggle more when withdrawing from nicotine.
How does cigarette advertising target females? What do the ads promise?

“I can count on Brenda to engage our students — and perhaps more strikingly, our parents — in honest, open discussion of how to deal with the difficult social pressures they will face in high school. Her combination of humor, intelligence and realism strikes just the right balance, and the relationship that she has built with our school community over ten years has proven invaluable.”
Rebekah Wolman – director of upper school, Katherine Delmar Burke School

Enabling – A role custom-made for girls
Girls are socialized to be helpful and take care of others. This instinct can backfire if it involves having an unhealthy response to other people’s drinking. Girls are much more likely to take on the “nurse” role in a drinking situation. They feel obligated to clean people up, plead with friends who are out of control, and are often the designated drivers for the “designated drinkers.” This behavior keeps their friends unchallenged on a dangerous path – it also gives the enabling girl practice to marry or get involved with an alcoholic partner later in life, which is the last thing she wants to do.
It’s important that girls comprehend the difference between being responsible to a friend and feeling responsible for a friend – the latter is a powerless and dependent position that will result in an unbalanced relationship. Our responsibilities to people we care about include setting limits, saying hard things and insisting on our own comfort. These are all possibilities in a healthy relationship.  There are many options and styles of intervention – boundary setting is a crucial skill for girls.