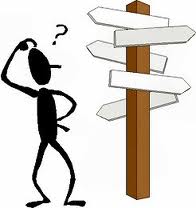 The stark reality is that alcohol and other drug abuse in this country is a systemic problem that actually begins with adults. We can and must keep up our prevention efforts with young people, providing them with lots of health education and opportunities to discuss pressing issues related to substance use. Kids really do want to talk and they have a lot to say once they know it’s safe. I believe that kids are natural and lean towards health until they really tune in to what adults are saying and doing when it comes to alcohol, especially – this is where things get funky. In my classes I have learned how to ward off inappropriate sharing by making a condition that if we talk about someone who isn’t in the room, we can only refer to them as “someone I know…” Before I instituted that rule I heard about dads doing shots with high school sons, drunken grandmas, stoner moms and pill popping babysitters – one student quietly explained that when his dad drank he, his mother and his sisters would sometimes have to go get a hotel room. I remember asking an elementary school class to describe situations when adults drank and a girl yelled out, “as soon as they take their coats off!” This summer I ended up on the phone with a woman who was worried about her 16 year old son’s daily marijuana use – she briefly described her son’s problems and then casually mentioned that her husband was a regular drug user, ending that revelation with “do you think that’s a problem?” I think she hung up very unsatisfied thinking I was useless. I was, in fact, speechless. I haven’t even brought up the parents I meet every week of my work life who don’t see the harm in serving alcohol to teens as long as you take the car keys away…Ugh AND Yikes.

Please don’t walk away from this blog all grey-faced and shaky about the state of the world, as many, many adults are perfectly healthy and do the right thing with teens! I use horrifying examples because there are people in my generation who have it all wrong – I am 45, which is likely the median age of middle school parents right now. Alcohol and drug abuse was at an all time high from 1978 – 1982. Yes, they were psychedelic times and it wasn’t all groovy. I was bogged down in a vicious addiction, as were many of my siblings and peers. There are 2 conclusions we can draw about a good portion of this generation: First, many of these people are former (or current) users, which may be causing some confusion, especially if they got through that part of their lives relatively intact. Secondly, they probably believe it is normal to drink and try drugs in high school because it was pretty normal when they were in high school. Use of all substances has dropped substantially since the early 80’s and it’s important to parent with that worldview. Parents who expect their kids to try drugs have kids who…try drugs – almost too obvious to point out, but so very true.

The most helpful thing we can do for youngsters is model healthy attitudes and behaviors towards alcohol and other drugs – a fairly easy solution that might involve some uncomfortable reflection and adjustment on our part.